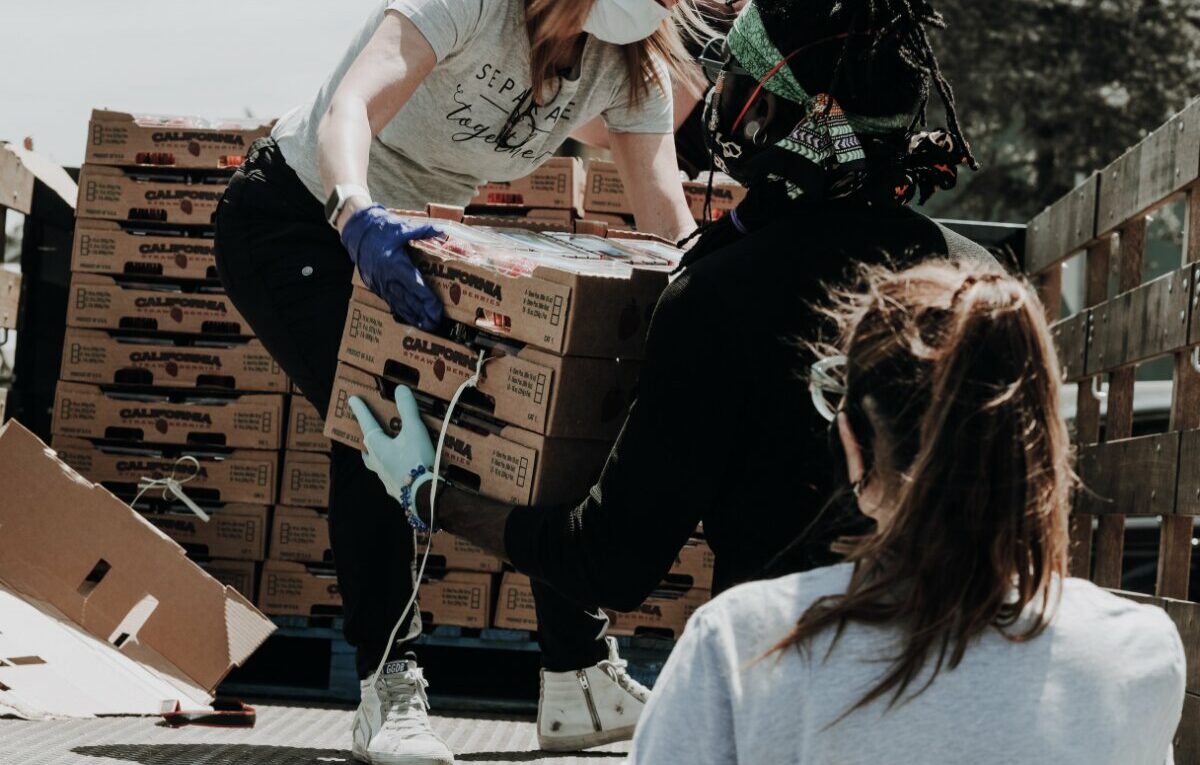 There are many charities to give money to for good causes. Sometimes it can be hard to choose which ones to contribute to. Here are 10 good causes and a charity for each you can donate your money to.

Assist in the fight against poverty in the United States.

During the holidays, many people assist at soup kitchens and food banks. Food insecurity, however, is a year-round problem. Over 40 million individuals in the United States are food insecure, according to Feeding America. This means they don’t know where their next meal will come from. You can help by donating money or nonperishable items, organising a food drive, or volunteering at one of their 200 local food banks.

Charity Navigator has given Feeding America a 4-star rating.

Donate to help safeguard and promote free and fair elections.

Fair Fight dedicates itself to safeguarding elections and informing voters about their rights and how elections function. Minority voter suppression affects election results so the group is striving to develop initiatives that safeguard voters and advocate for their rights.

It is essential to support organisations fighting to guarantee that our voting system is fair and accessible to all citizens.

Support military veterans and their families.

The Semper Fi Fund was founded in 2003 by a group of marine wives at Camp Pendleton, California. The idea was to help struggling military families whose wounded loved ones were recuperating in the hospital.

The Semper Fi Fund has created initiatives including the Service Member and Family Support Program, a Transition Program for wounded veterans to begin new and productive lives; the Integrative Wellness Program, and the LCpl Parsons Welcome Home Fund for Vietnam War Veterans.

For the past eight years, Charity Navigator has given the Semper Fi Fund a 4-Star rating. Charity Watch has given it an A+ rating for the past seven years.

Aid in the search for an Alzheimer’s cure.

Three families dissatisfied with the slow pace of Alzheimer’s research founded The Cure Alzheimer’s Fund in 2004. They drew on their backgrounds in venture capital and business start-ups to create a foundation. The Board of Directors funds all overhead costs and all monies raised go directly to research. Cure Alzheimer’s Fund has raised more than $77 million and supported research that has resulted in several significant new breakthroughs.

The Cure Alzheimer’s Fund received a 4-star rating from Charity Navigator. It is recognized as one of the “10 Best Medical Research Organizations” in the United States.

The Trevor Project started in 1998. Its purpose is to provide crisis intervention to lesbian, gay, bisexual, transgender, and questioning (LGBTQ) teenagers. Since then, its objective has expanded to also include life-affirming options for LGBTQ youth who need non-crisis care, community education about LGBTQ suicide prevention, risk identification, and response; and support for government funding opportunities for LGBTQ youth mental health services.

Contribute to a classroom project.

Charles Best, a high school history teacher, created a website in 2000 where instructors could submit requests for classroom projects. Contributors may then select whatever organisations they wished to assist and track the progress of their funds. Donors Choose was born from that website. They pick a project that inspires them, give what they can, and when the project is completely funded, Donors Choose purchase and distribute the required goods to the classroom. The organisation has assessed and executed over 600,000 school project requests to date.

Donors can give directly to their favourite project or to help offset the cost of operating expenditures.

On Charity Navigator, Donors Choose has a 4-star rating and an A+ rating on Charity Watch.

Make a donation to help the environment.

The Sierra Club started in 1892 with the mission to “explore, enjoy, and protect the earth’s wild places; to practise and promote the responsible use of the planet’s ecosystems and resources; to teach and engage humanity to protect and restore the natural and human environment; and to use the means to carry out these aims.

The Sierra Club takes online donations and has groups in every state. It focuses on renewable energy, wildlife conservation, and outdoor recreation through local trips, tours, and treks.

Every day, 700 children get cancer around the world. One of those children was Alexandra “Alex” Scott. Before she turned one, she was diagnosed with neuroblastoma. She started a lemonade business at the age of four and raised $2000 for childhood cancer research. Alex raised $1 million by the time she died in 2004 at the age of eight.

The Alex’s Lemonade Stand Foundation (ALSF) has raised over $150 million for children cancer research and has sponsored over 800 research projects at 135 different institutions.

You can donate online or learn how to organise your own Alex’s Lemonade Stand fundraiser by visiting the website.

ALSF has a 4-star rating from Charity Navigator and was designated one of the “10 Best Medical Research Organizations” in the United States.

Michael and Candye Sapp established Paws With A Cause in 1979. Mike first taught a dog to alert a deaf couple of crucial sounds, such as their infant screaming. Paws With A Cause has since grown into a national organisation that trains service dogs for individuals with physical disabilities, seizure response dogs for people with epilepsy, hearing dogs for people who are deaf or hard of hearing, and autism support dogs.

Because they get over 2,000 assistance dog application requests each year and their customers do not pay for assistance dogs, Paws With A Cause relies on donations.

Charity Navigator has given Paws With A Cause a 4-star rating.